I walked out the door and soon discovered that, in my new town, I had taken a road that I had not intended to follow.  I continued knowing that if this was not satisfactory, I could retrace my steps.  This took me to a tall tooth of a rock, seven feet high and three wide, with an inscription from a 120 years ago when this was the corner of someone's field and not just a intersection of two streets.  It is an interesting legacy that the current homeowner has acquired. 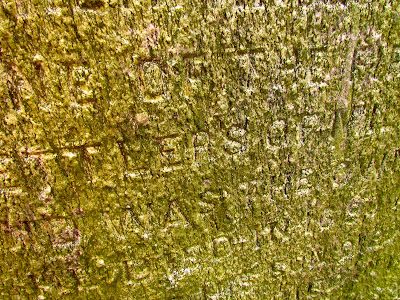 Not much farther on I passed the West River Cemetery, which is a cemetery with no graves.  I was not sure exactly where I was, but the creeks that crossed the road flowed to the east - my right.  I must be west of the Wepawaug River, which would only be a creek where I grew up. 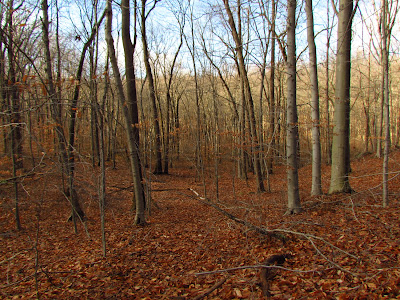 I found that good forest to the left of the road, a trail drawing me up onto a hilltop.  There was a broad hollow on the far side and it seemed a good idea to enter it.  An occasional stone wall and the complete lack of any flat ground, along with the constant stone outcrops and rocky soil led me to believe that this was once pasture.  Twice, I came across stone foundations from farm buildings gone. 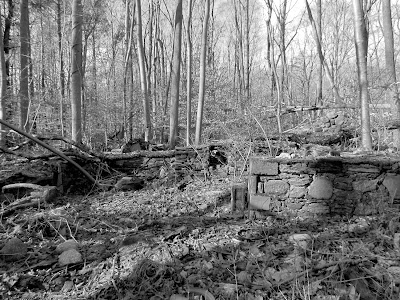 I walked to the eastern boundary and turned back in because the forest was not yet done with me.

I walked more northerly, much farther than I thought possible without running into a house or road.  I crossed the drainage which seeps into a creek, which flows into a pond long ago dammed with a fine stone barrier, which runs into a swamp, which seeps into the Wepawaug.  I came to a road without seeing another soul and turned back. 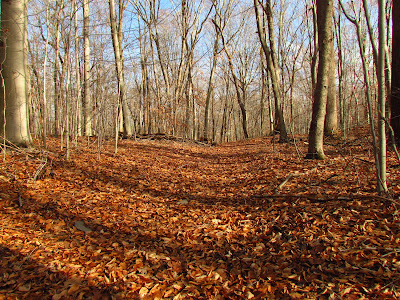 It is a good forest.

Scott Schuldt
I am an interdisciplinary artist creating content-driven and concept-driven artwork in a diverse selection of materials and themes with a very strong recent emphasis on nature and ecology. I was the Rubicon Foundation/Smoke Farm Artist in Residence for 2011-2012. I now live in Connecticut.